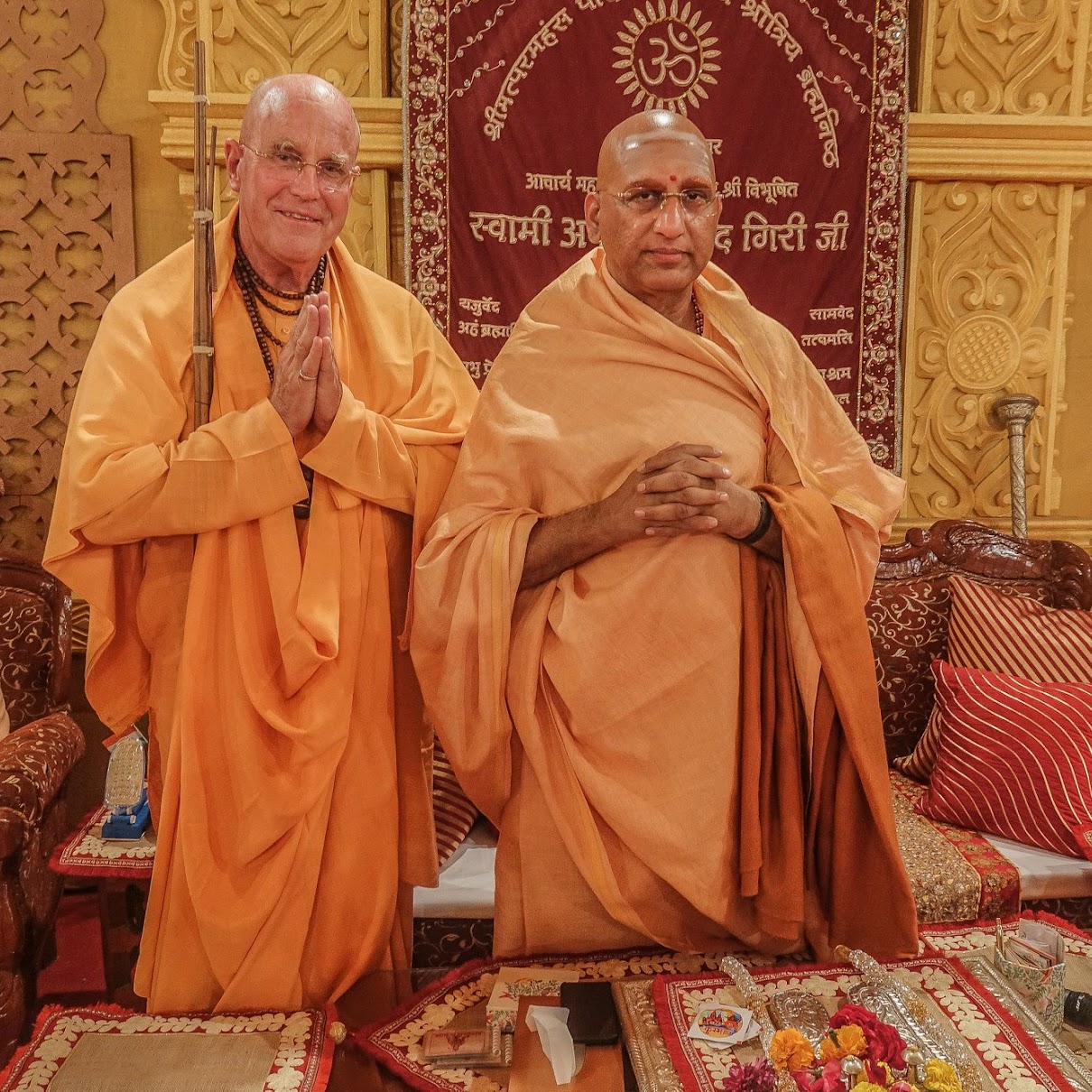 His Holiness Indradyumna Swami has been meeting and discussing Srila Prabhupada’s movement with various sadhus and spiritual leaders at the Kumbha Mela.

Today the High Court Judge of Prayagraj came to Kumbha Mela. I met him along with Pundrik Goswami. Goswami spent much of the time telling him how our movement is spreading in Russia and China. The High Court judge was very impressed. Goswami concluded by telling him about Krsna’s Village of Peace at the Polish Woodstock. He went so far as to invite him for this summer’s Woodstock Festival on August 2 and 3. Who knows? Perhaps he’ll come. Lord Caitanya’s samkirtan movement is full of so many wonderful surprises.

Indradyumna Swami also met with Swami Avdheshanand and had a nice discussion about ISKCON and Srila Prabhupada with him. He wrote that he was touched to hear Srila Prabhupada praised by so many leaders at the Kumbha Mela. He wrote:

Swami Avdheshanand is the leader of one million renunciates called Naga Babas. The Naga Babas are given the privilege of being the first to bath in the Ganges at Kumbha Mela. But before they bath, their guru Swami Avdheshanand bathes. When we met yesterday he said, “Oh yes, I know you. We have met several times before. Your movement is spreading all over the world, creating a genuine spiritual revolution. It is most wonderful what your Prabhupada has done!” It is deeply satisfying to hear so many spiritual leaders speak highly of our spiritual master’s achievements.

For more on Indradyumna Swami’s transcendental travels and lectures, please visit the Swami’s facebook page and his lecture site at Narottam. On Indradyumna Swami’s official Youtube Channel, you can find many kirtans and classes from the Sadhu Sanga Retreat, his recent Russian tour, etc.

Want to join the discussion?
Feel free to contribute!

The Village of Fear – Indradyumna Swami Nectar
Scroll to top